10% OFF for ALL healthcare providers, seniors, veterans and teachers.

It’s common knowledge that rodents have always been a problem and carry several diseases.
Rodent Control

Norway rats are the most abundant rodent species. They build elaborate underground systems: the main entrance, two or three inches in diameter, leads to the central den. This species also incorporates one or more well hidden “bolt holes” or emergency escape routes. 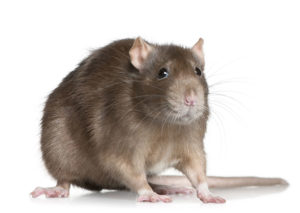 Norway rats have six senses: touch, taste, hearing , smell, sight, and kinesthetic (muscle sense). Because they are nocturnal and can’t always rely on sight to orient themselves, they use very sensitive whiskers on their noses and longer guard hairs on their bodies as tactile sensors. They’ve got a keen sense of taste and can detect specific food ingredients at tiny levels of 0.5 parts per million.
Although they eat almost any kind of food, they usually choose fresh items over stale, contaminated food.

The house mouse is a small, delicate, agile animal with a slender body. Their colors vary, depending on their environment. Generally, they’re a combination of grayish brown and cream colors. They have relatively large ears for their size. Their feet and eyes are small in proportion to their body, and their tale is longer than their head and body combined.

The house mouse is the most successful rodent in adapting to life with people. They are curious creatures and like to investigate new things. So they can be found almost everywhere people are, feeding on human food, sheltering in human structures and reproducing at a rapid rate. A pair of mice can produce as many as 50 offspring in one year.

A mouse can squeeze through an opening as little as a quarter of an inch high. They can enter a building from the outside and spread through a structure along pipes, cables and ducts. They can be living above their main food supply in suspended ceilings, attics or inside vertical pipes. Or they can be found below, in crawl spaces, floor voids or under sinks or refrigerators.