10% OFF for ALL healthcare providers, seniors, veterans and teachers.

Cockroaches, commonly referred to as "roaches," can be found in multiple environments including homes, restaurants, apartment buildings, and other facilities. These extremely resilient pests are found year round and can quickly become problematic if left unnoticed.

How To Get Rid Of Cockroaches

Abalon has a multitude of gels, liquid and powder applications to effectively rid you of roaches. Perimeter treatment safely and effectively prevents roaches from coming and going, while interior treatments will eliminate the current infestation. 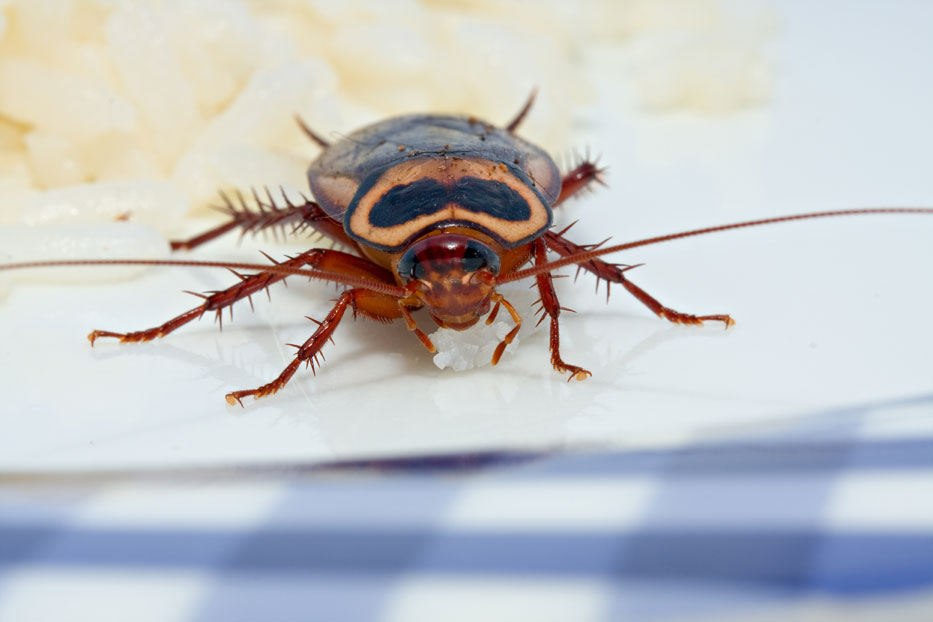 Call Abalon when you have a cockroach infestation because we will design the right program to fit your needs. Roaches are capable of transmitting a number of diseases. With the ability to contaminate food sources, emit pheromones, and shed the outer layer of their skin, cockroaches can spread disease and illness through a variety of modes.

Cockroach infestations are most commonly identified by seeing the pests themselves out in the open. Here is a list of the prevalent roaches we treat:

American Cockroaches - Also known as Waterbugs, this cockroach is a rather large species at about 1 ½ inches in length. Identified by the tan and yellow pattern on their head, American cockroaches are extremely sensory creatures with heightened detection abilities using their antennae. They generally come into a structure through drains that have not been used, often in basements.

German Cockroach - German Cockroaches- This species is 'tropical' and thus attracted to warm/moist environments. They travel to places of higher humidity to lay their egg sack, also known as an "ootheca". German cockroaches are a smaller species about ¾ of an inch long and are often identified by the two black lines on the backs of their heads. They are often found in kitchens and baths and will feed on all food sources including toothpaste on toothbrushes, glue, pet food and grease.